Tough Terrain needed tough shoes. Wild economic status demanded mild priced shoes. A grand brand was weaving thin strands of its first shoe laces back in the early 90s. Goldstar was adamant to walk with people from every walk of life.

The jagged white lines amidst blue or black textile carried the bold insignia of Goldstar on its first ever series. This classic series became a trademark- wherever anyone walked inside Nepal, be it the city crowd or the suspension bridge from a remote village, be it the flatlands with golden paddy or the luscious greens of the hills. This series carried the legacy-even when the cold war was fought, both sides flaunted the emblem of Goldstar. ''We are Nepali'' it said. Brave Nepali, Bold Goldstar. Kiran Shoe Manufacturers, the makers that relentlessly delivered Goldstar, won the heart over-ladies wanted to wear their design, and lo, it was there. Some wanted to walk in the rain, Goldstar was there. Some wanted to walk in red, some in yellow, some wanted funky, some wanted something mellow. Goldstar was there. Every, season had its own variety, every sould had it own food, every manner had its own fashion, and every pocket had its worth. Goldstar became Nepali more so than ever.Ingenuity  in material, limitless in design, status to boast with its own showrooms, and yet the price comfortable for every wallet-Goldstar did not just exceed expectations, it delivered them. Goldstar made sense. It has no adjective synonymous to best-it just makes sense in price, stylle, design, and above all-the love of people wearing them. National Business Manager - he is responsible for developing and implementing the group's overall strategy and corporate governance practices. 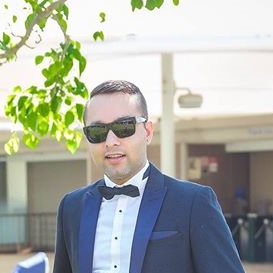 Senior Operation Manager - he is the best analyser and helps in improving business processes and has 10 years of management experience. Senior sale assistant - she is mega positive and always ready to help you make the right choice and charm you with a smile. 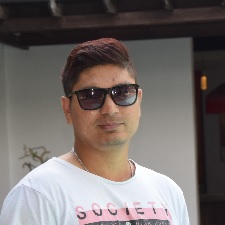 Senior IT Manager - he is responsible for coordinating, planning, and leading technology related activities in an organization. 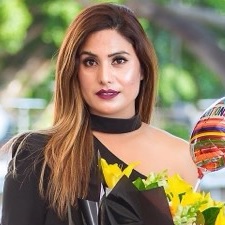 Mass Media - she has 3 years of working experience in Community Radio as a RJ , she is creative in running programmes and making vlogs. JoAnn wrote on August 26
100%
Guys, you rock! Made a purchase at your store recently. The order has been shipped and delivered on time. The quality is superb! The price is quite reasonable. Told all my friends about your excellent service and the variety of choice. I think I’ll be your loyal customer in future as well. I wish your store many more years of prosperity.

Feary wrote on August 27
100%
Thank you again and again! I have experienced the fastest support ever. My order arrived on my door step the following day. Your team is always, friendly and very helpful. You managed to exceed my expectations!

Monika wrote on August 28
100%
Hi, guys! I want to thank you for my very very quick delivery and I just love my order… Your company efficient services and customer care are second to none! I am very happy! I will surely share my experience with my friends! JoAnn wrote on August 26
100%
Having the distressing experience with some online shops before decided to say ‘’THANK YOU” to all personnel of this store. You are not only friendly, but deliver really good products in the shortest possible terms. In a word, I am absolutely happy with my purchase and the service. Everything was perfect!
All Categories
Sign in with Facebook
Sign in with Google